Back In The Game

Last week, I injured my foot.  I told myself this was fine.  I would just spend more time cross training.  I'd been meaning to swim more and bike more anyway, and this would force me to do it, because I'd be unable to run.  The reality is, though, I like running.  I like running way more than I like swimming or biking (although those are lovely too), and the thought of running made me sad.  Pair that with the influx of chocolate due to the holidays, and I was in bad shape.

This morning I woke up early.  I packed my gym bag, and I made it to the gym by 5:00 a.m.  I had to get there early because I wanted to beat the rush of post-new year resolutioners.  I thought about spending some time on the bike, but it was the pool that was calling my name, and I heeded it's call.

Apparently I got there at the perfect time.  There was only one other person in the pool, so I had a whole lane to myself (1.5 hours later, and there would be 6 people in the pool, so I beat the rush).  I pulled out a swim plan that I'd used before, and I set out to swim 1250 meters (not including the warm up or cool down).

As I swam, I was surprised by two things: 1) Swimming is a lot easier than it used to be.  Apparently my endurance is up after having run a marathon.  2) I don't cross train enough.  While I didn't become nearly as winded, and I was able to get through everything much faster than I used to, my arms and parts of my legs became quite tired.  Obviously there are things I need to work on other than running.

When I finished swimming, I breathed a sigh of relief.  It felt good to move my body like that.  I tallied my total distance (with warm up and cool down included) and realized I'd gone 1550 meters.  Of course, I then immediately cursed myself for not having added 50 meters to my swim and getting a mile. I  could have easily done it, but I hadn't realized how close I was to a mile.  Oh well! Next time!  Now, I'm relaxed.  I feel good because I worked out.  I'm already thinking about the next work out I'll do (maybe ride a bike or do some weights).  Yes, I'm still ticked off about my foot.  Yes, I miss running terribly, but at least I got out there and did something.  That, at least, feels good.  It's much better than sitting around eating chocolate!

So, what about you?  What's your go-to feel-good workout?  Do you cross train?  Have you noticed surprising changes in yourself?  Let me know! 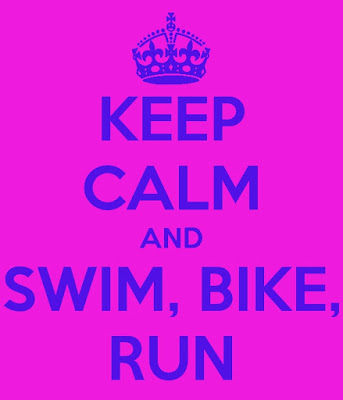