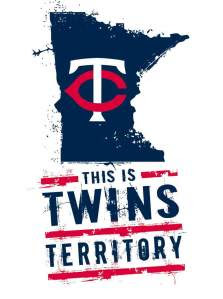 Last night was an exciting night for Hans and me. While I read my the APDT Chronicle of the Dog, Hans searched the internet trying to find the Twins game against Detroit. He finally found it...in the bottom of the 9th. The score was tied 4-4, so I set my reading aside for what I thought would be a fairly quick win for the beloved Twins. Then we went into overtime.

At the top of the 10th the Tigers did something terrible. They scored! Hans and I moaned and moved to the edges of our seats to pray that the Twins tied things up again. In the bottom of the 10th, we hooted and howled as, first, Cuddyer hit a triple and then Tolbert hit a single and allowed Cuddyer to make the run. Things were still tied, 5-5, and I had learned this wasn't just going to be a short game.

It wasn't until the 12th inning that I'm sure we woke the entire apartment complex with our screams and howls and whistles. Casilla, during his only at bat the entire game, delivered the single most important hit of the game. His hit allowed Carlos Gomez to make the run, finally bringing the game to an end after 12 innings.

That being said, it was a great game played by all. Detroit wasn't going down without a fight, and, even though both teams were exhausted, they continued on for 3 extra innings. It takes a lot of heart and stamina to do that. As I mentioned before, Detroit kept us on the edges of our seats. Unfortunately for them (and lucky for us) the Twins were working just as hard. GO TWINS!

In other news: Vikings beat the Packers. Take that LunarGoat!
Posted by Valerie at 8:07 AM